Govindas Catering is a non-profit organisation where all of our proceeds go to supporting various projects at our New Govardhana farm community. Our devotees go to many large festivals, town shows and catering programs to distribute prasadam to masses of people. One of the devotees who heads this is Krsna Gana Das brahmacari, and two teams of three devotees travel all year from Cooktown in the North, to Tasmania in the South, averaging 40-50 catering programs a year. Tens of thousands of people from all races and ages are able to relish sumptuous prasadam of rice, subji, kofta, salad, halava and pappadam. 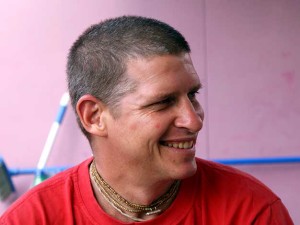 Krsna Gana das, who formerly lived near Cairns in North Queensland, became a devotee seven or eight years ago and joined the asrama at New Govardhana.

After a while he began traveling with Braja Gauranga das all over Australia doing prasadam catering at different festivals. In those days the set-up was quite simple – traveling with a light truck that carried a tent, the pots, burners, bhoga, tables etc.

However, over the last few years the various City Councils required the devotees to upgrade to something more solid that meets the ever expanding health code system. As a result, we asked a local company in Murwillumbah to make a “fifth wheeler” kitchen with commercial ovens, steamers and proper washing facilities. They attached it to a truck and set off around the country for even more prasadam distribution.

Our crew are a combination of dedicated volunteers and paid helpers that are committed to the preparation, cooking and serving of wholesome ‘karma-free‘ meals at affordable prices since 1992. 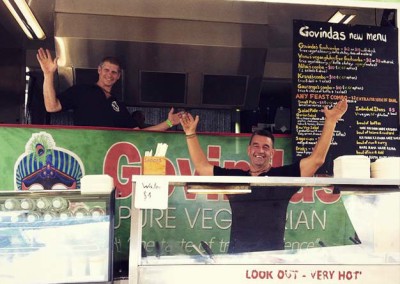 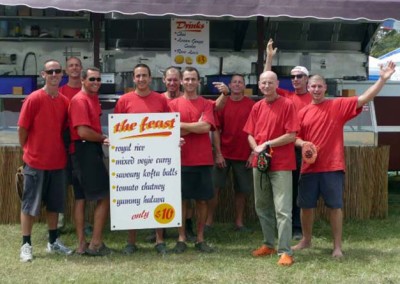 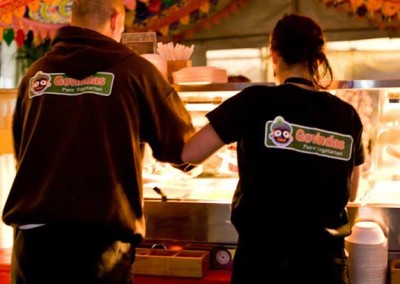 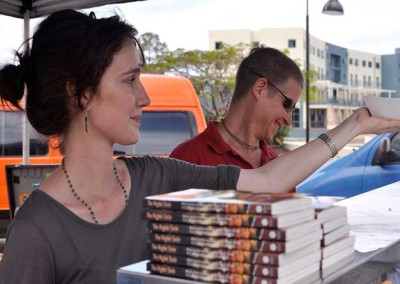 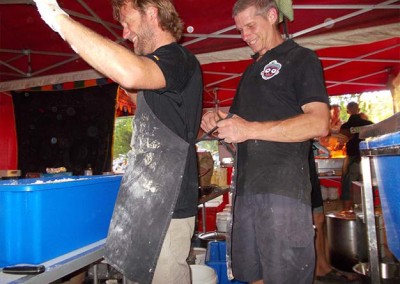 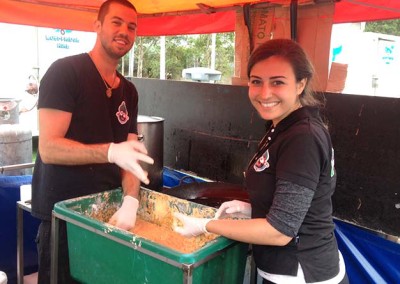 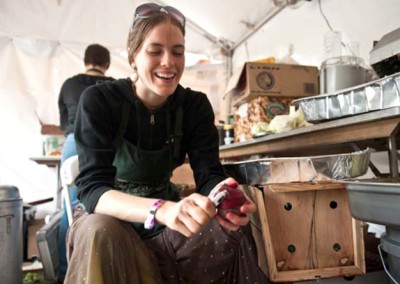 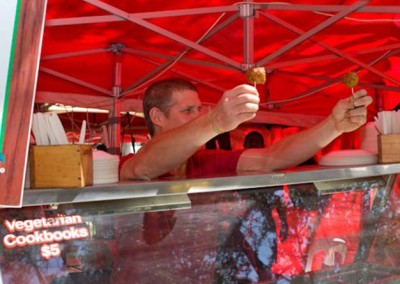 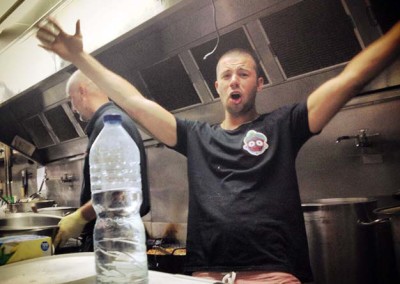 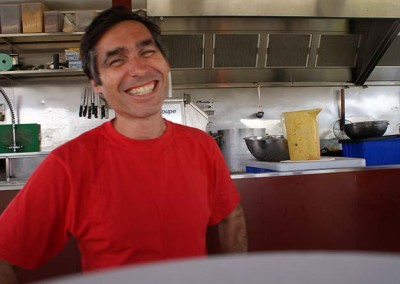 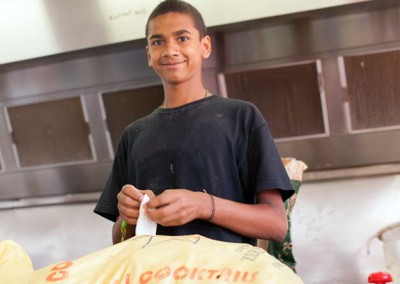 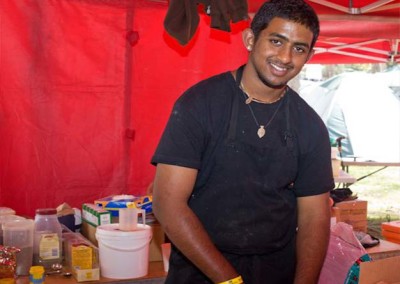 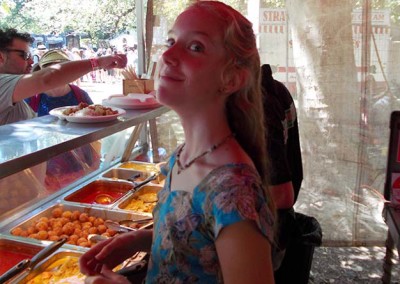 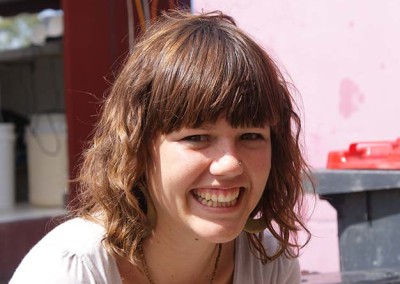 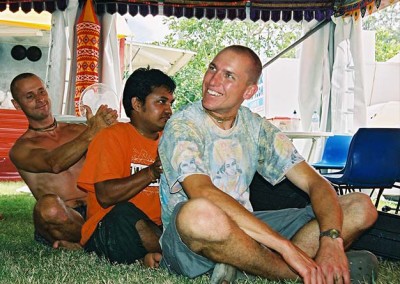 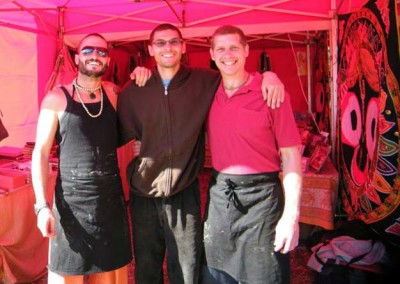 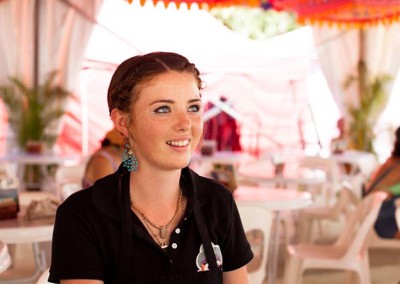 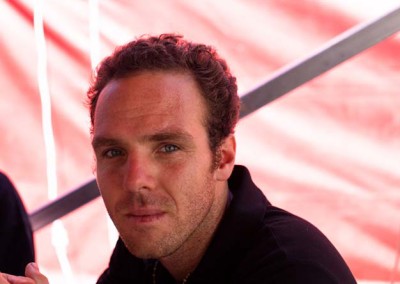 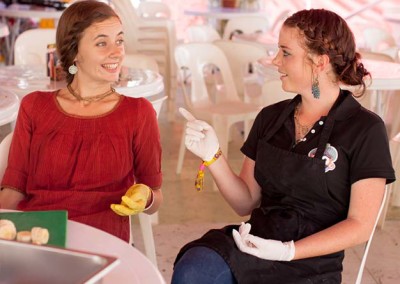 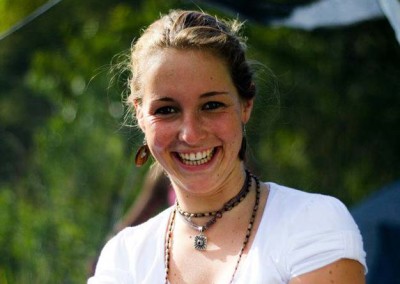 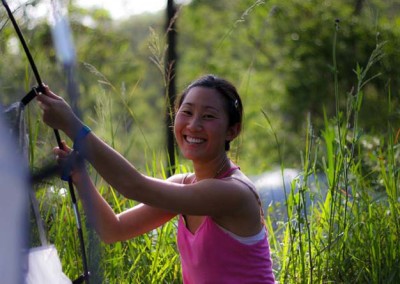 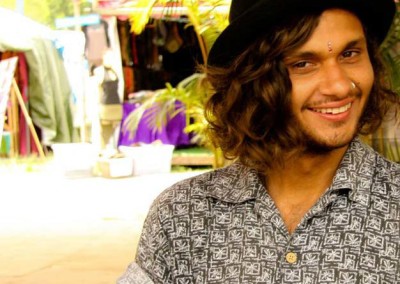 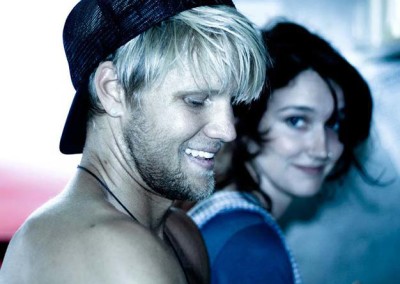 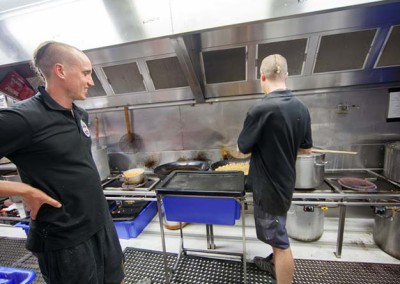